Johnston, Iowa and Peja, Kosovo have been sister cities since April 25, 2013. The Mayor of Peja at the time, Ali Berisha, traveled to Johnston to participate in a ceremony where the Sister City agreement, written in both English and Albanian, was signed. Mayor Berisha and his staff spent several days in Johnston learning about our community, touring schools and businesses, and sharing ideas about how we can help each other achieve mutual goals.

On June 13, 2013, the Prime Minister of Kosovo, Hashim Thaci, visited Johnston and spent time with representatives of our schools, government and businesses. Prime Minister Thaci shared with the group his vision for Kosovo now that it is a free and independent nation and his appreciation for the Iowa National Guard and the people of Iowa. He thanked, in particular, the people of Johnston for entering into a Sister City relationship with Peja.

The City of Johnston was thrilled to host Jehona Gjurgjeala in December 2016. Gjurgjeala represents TOKA, a non-profit organization in Kosovo with a mission to accelerate positive social change by investing in its youth. Gjurgjeala spent three days visiting with leaders from our schools, city government and business community. 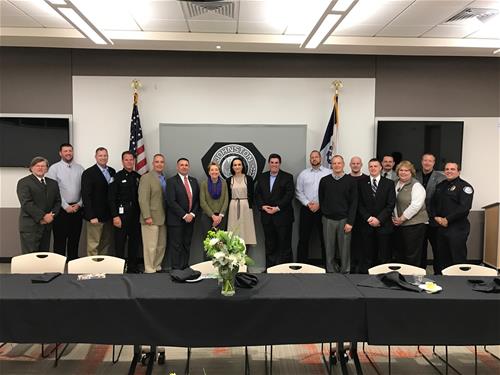 In the summer of 2016, Johnston Police Lieutenants Tyler Tompkins and Lynn Aswegan attended a youth summer camp hosted by TOKA, and are encouraging Johnston youth to attend this summer. The TOKA camp will be a great opportunity for Johnston youth to learn about different cultures, community service, leadership and the environment.

Johnston youth, ages 16 to 19, will have the opportunity to meet teenagers from Peja and across Europe. This camp will take place at the National Park Gërmia – Youth Recreation Center, from August 5-12. If you know of a Johnston teenager who would be interested in learning more about the summer camp, please contact Sgt. Grandon at 515-278-2345.

Visit Toka's website  to learn more about the camp and apply to attend.