Johnston city leaders consider economic development a top priority and have a number of recent advancements to tell you about, particularly in the Merle Hay Gateway Area & Town Center.
9/30/2020; The Des Moines Metro new laborshed has been released highlighting top industries, salary ranges and how job seekers are looking for work. Johnston and the greater metro continue to grow expanding the regions workforce and  drawing employees from as far as Missouri and Iowa City. Click the link for the executive summary or specific information on the financial services, advanced manufacturing or biotechnology. 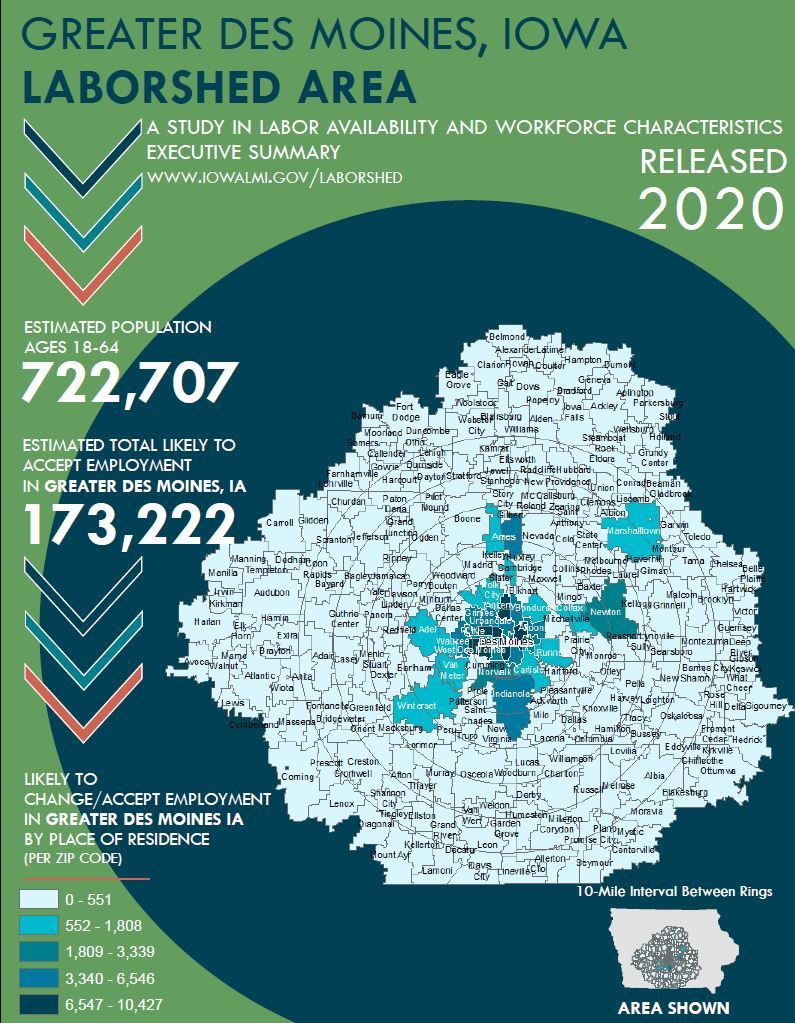 8/30/2020; Ignit and The City of Johnston are partnering to expand the Beaver Creek Recreational Corridor with a large indoor and outdoor recreation complex in the Johnston Gateway. Plans are to begin demolition of existing structures in the area late 2020 and commence construction on the 200,000 sq. ft. Ignit facility and public park in early 2021. The project expects to open in 2022 and include Iowa's largest indoor track and soccer field in addition to indoor training facilities and a multi-purpose eight court facility. Ingit also plans to construct outdoor volleyball courts, baseball fields and a high-end soccer field. The city is planning for an adjoining public park with includes the metros first cricket field, several soccer fields and a playground. 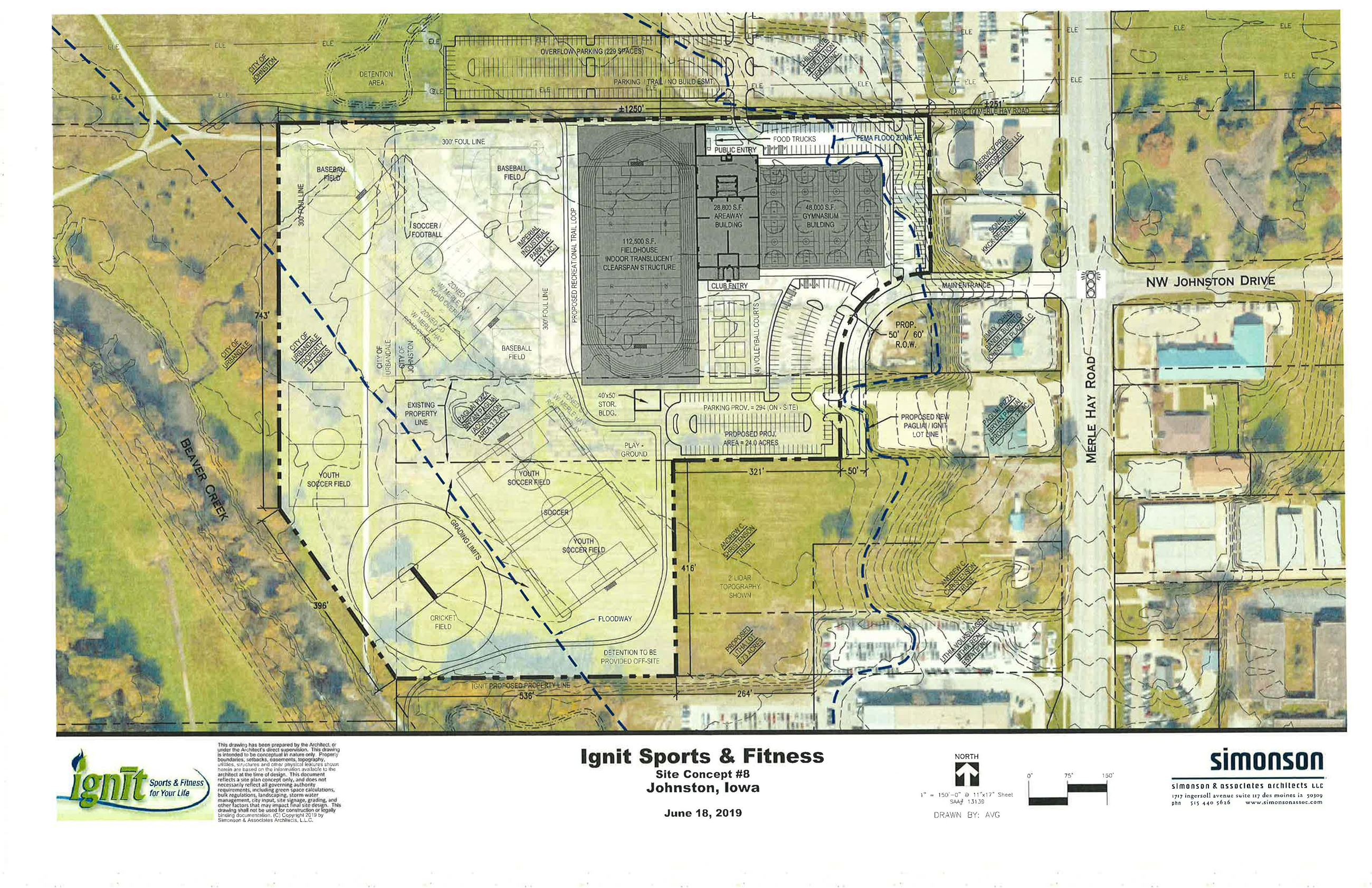 1/23/2020; Construction on The Shoppes at Roughwood at NW 86th and NW 54th continues to progress with an anticipated early spring opening date. Planned tenants include Orange Theory Fitness, Dunkin Donuts and a full service restaurant. 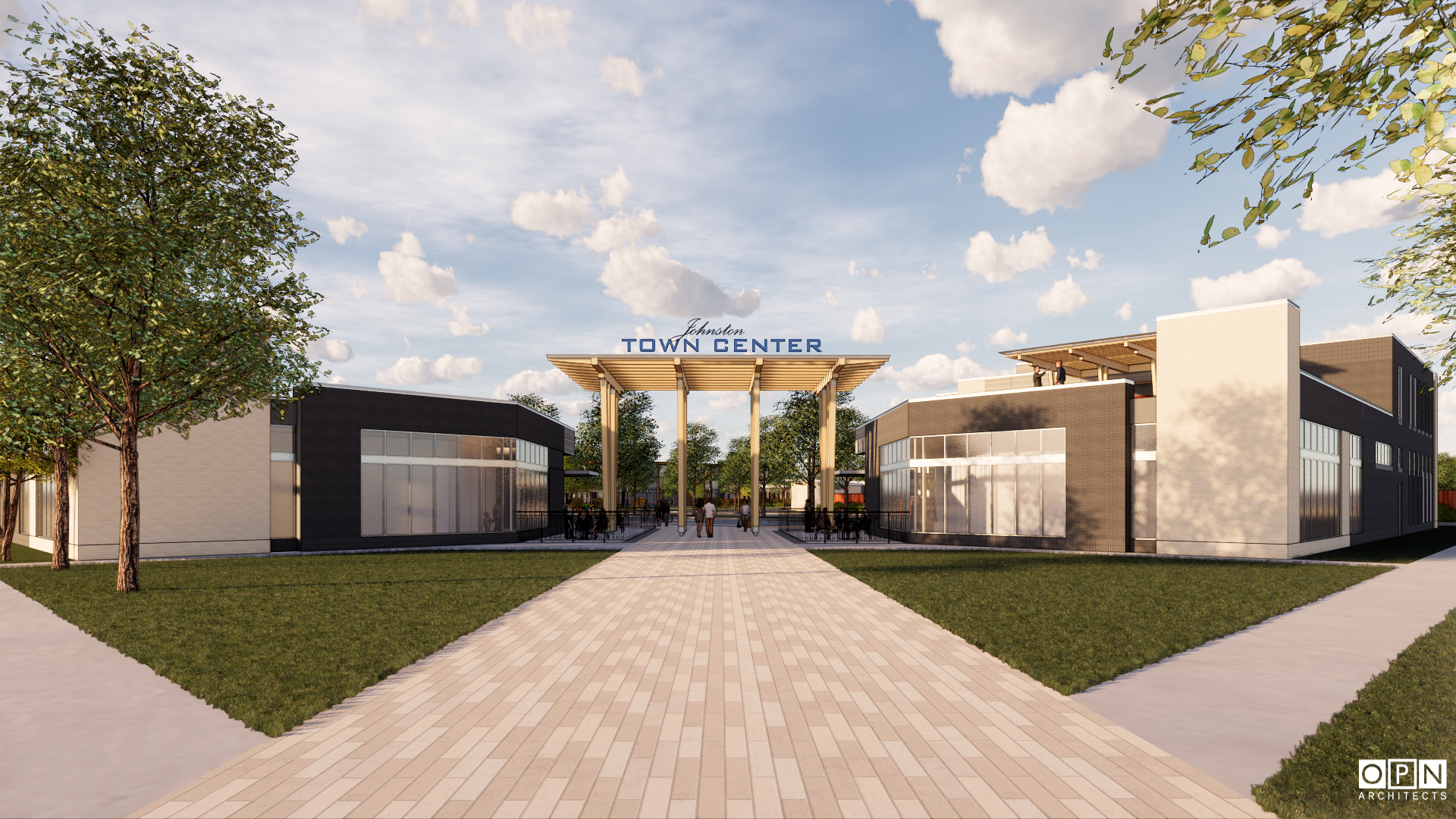 10/01/2019; Hubbell has completed construction of their first 72,000 flex/tech building on Birchwood Ct. The building is visible from I80 and adds more than $5 million in property valuation to the City.

04/03/2018; Request for Qualifications for Johnston Town Center released, responses requested by May 28th.

3/23/2018; Johnston City Council has initiated a review of a 1,515 acre NW Saylorville Drive Annexation. The Planning and Zoning Commission has recommended approval and the area is anticipated to received final approval late 2018.

Hotel Property
The entire hotel property located at 5055 Merle Hay Road has been demolished and the site is in the final stages of being cleared so it is shovel ready for development. The former site of a Best Western Hotel and North End Diner, this is the largest property within the Gateway Area with more than 10 developable acres. Potential investors are actively being sought to redevelop this site.

City Property Acquisition
The City has acquired 5249 Merle Hay Road, a ½ acre parcel strategically located immediately in front of the former hotel property. This acquisition was completed to improve visibility and access to the former hotel property.
Beaver Creek Landscape Improvements
To improve visibility of the Gateway Area, particularly to the nearly 100,000 vehicles that pass by on Interstate 35-80 every day, we will update landscaping around Beaver Creek which is located between the former hotel property and the interstate. The City is nearing completion of the necessary permitting for this work and tree clearing and improvements are anticipated to be completed by spring 2017.
Financial Incentives
The Merle Hay Gateway Area is within one of the City’s Urban Renewal Areas and the City is ready and committed to provide appropriate incentives to implement the vision depicted in the Redevelopment Plan.
Creation of Economic Development Manager Position

S&P Global Ratings Says Johnston's Economy is "Very Strong"
S&P Global Ratings has assigned its AA+ long-term rating to Johnston's general obligation bonds and existing general obligation debt. This rating reflects S&P's view of the city's "very strong economy" and "strong management." S&P said in its report that it expects the city's credit characteristics to remain strong during the two-year outlook.
"We are pleased that the S&P continues to recognize Johnston's strong economic standing. City leaders place a high priority on fiscal responsibilities by maintaining 25 percent of our budget in reserves, fostering strong liquidity, and finding efficiencies wherever we can," said Mayor Paula Dierenfeld.
The S&P noted the following in its report:
- Very strong budgetary flexibility, with an available fund balance in fiscal 2015 of 41% of operating expenditures, and the flexibility to raise additional revenue despite statewide tax caps
- Very strong liquidity, with total government available cash at 115.5% of total governmental fund expenditures
- Strong management, with good financial policies and practices
To read the full S&P report, please click here.
S&P Global Ratings are considered a leading measure of a city's financial health.