The Johnston Farmers Market began as an idea by Johnston resident Mary Jane Paez, who saw cherry blossoms in bloom while traveling. She thought Johnston could have something similar. Iowa State Architecture students helped design a City Center which included a Farmers Market. So, the idea of a market began June 13, 1989.

When Merle Hay was widened in 1993 and 1994, the market moved to Village Square Mall, then moved back to City Hall parking lot in 1995.

The Johnston Lions Club began sponsoring the market in 1999 and they continue today. Proceeds from the market, which runs from dates in May until the first week in October, are still given to the City for its Residential Tree Program as a service of the Lions Club. The Johnston Tree Board now selects a choice of trees that will thrive in our zone for residents to purchase. Over the many years of the Market’s existence, it’s provided thousands of trees for Johnston residents to purchase at a reduced rate, helping make Johnston a cooler, greener and growing community. The Johnston Parks Department coordinates the purchase and distribution of the trees each May.

The Lions Club is grateful to the City for allowing the Market space in the parking lot and helping promote this Johnston long time gem, attracting and welcoming hundreds of residents each week. Vendors number between 25-38 each week during peak growing season & besides fruit and vegetables the market includes art, garden art, crafts, honey, music and BBQ and/or a Food Truck. 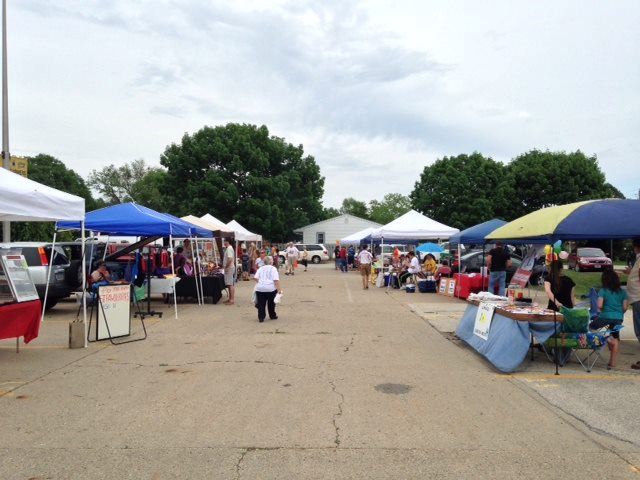