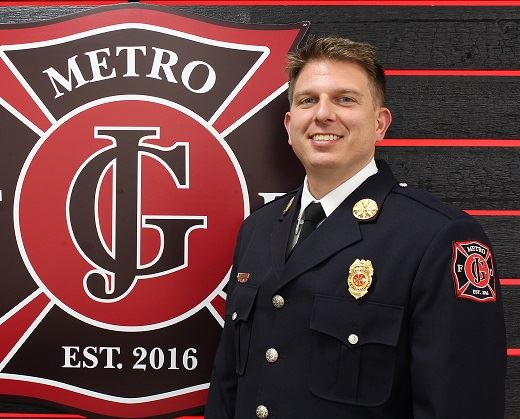 Deputy Chief Michael Gentosi started his career in the fire service as a paid-on-call firefighter for the Grimes Fire & Rescue Department. He served two years as a Captain and three years as an Assistant Chief throughout his paid-on-call tenure. As an Assistant Chief, Gentosi administrated the move to Paramedic level transport for the Grimes Fire & Rescue Department in 2002 as well as served as a key player in both the early and current stages of the joint agreement between Grimes and Johnston.

Deputy Chief Gentosi spent two years full-time for the Waukee Fire Department and over 12 years full-time with the Urbandale Fire Department with over seven years as a Lieutenant. Gentosi started as a full-time Deputy Chief in 2015. He has been a Paramedic since 2000 and holds an Associate’s in Fire Science, Bachelor’s in Fire Administration/Prevention, and a Master’s in Emergency Management. He is a 2018 Graduate of the National Fire Academy's Executive Fire Officer Program. In 2018 he also received the Center for Public Safety Excellence Chief Fire Officer Designation.