Chief Jim Clark began his career in 1983. He worked his way up through the ranks in Sioux City Fire Rescue to Assistant Chief. He served in many capacities and oversaw many programs during his years there. He has served as Fire Chief for the Johnston-Grimes Metropolitan Fire Department since October of 2016.

Jim is a 2007 graduate of the Executive Fire Officer Program at the National Fire Academy in Emmitsburg, MD and was awarded the designation as a “Chief Fire Officer” through the Center for Public Safety Excellence. 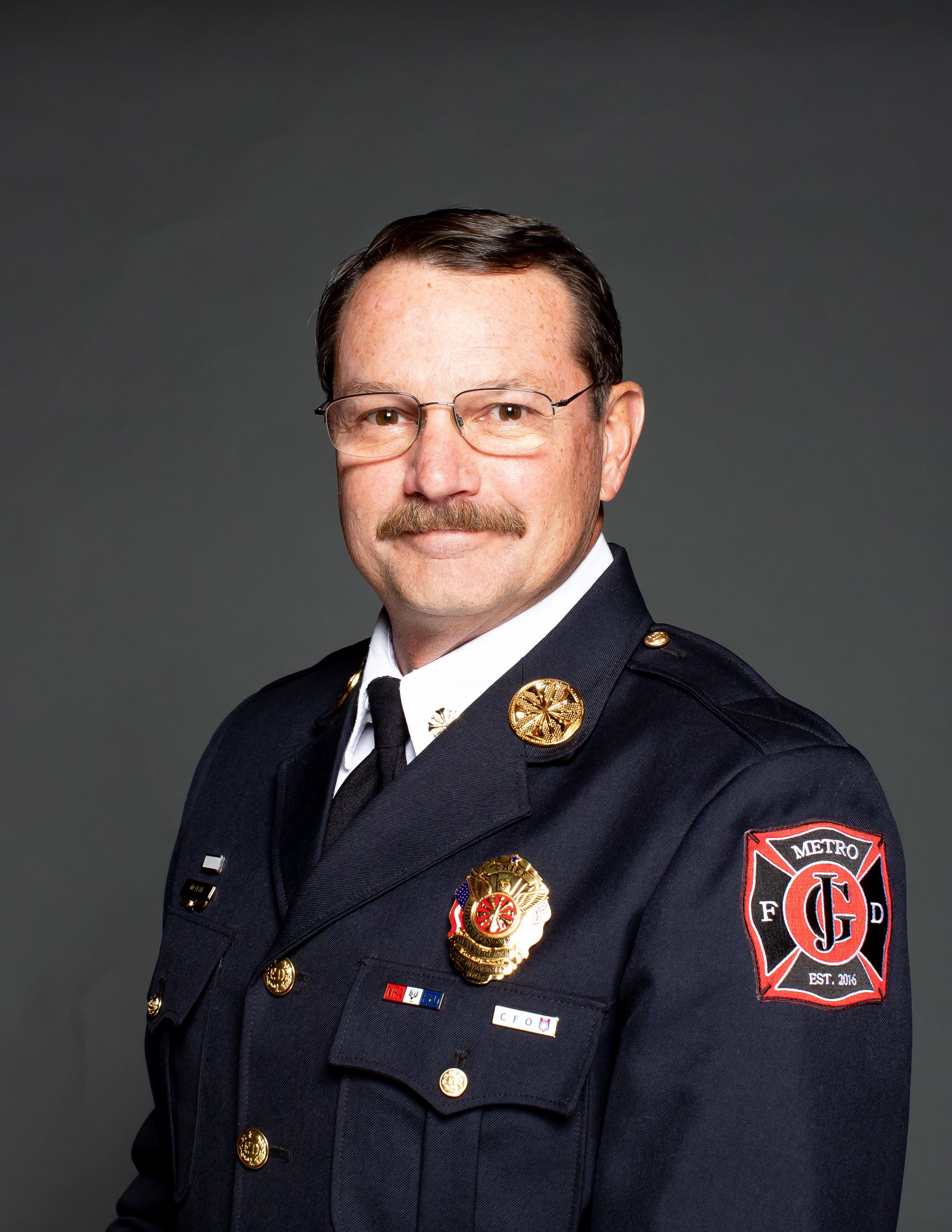